The numbers, types, and functions of gut microbes and the molecules they produce vary greatly over time and between individuals; however, there is new evidence showing that the metabolic function these microbes perform is conserved in some cases. This new data comes from an analysis of the gut microbiome from several individuals with Crohn’s disease throughout a whole year. The study further showed that the conserved functions are redundant across multiple phyla in the gut microbiome and that gut microbiome metabolism is driven by a web of interconnected reactions and enzymes.

Research has revealed that the gut microbiome plays a fundamental role in our overall health. The microbiome is involved in several vital biological functions including, metabolism, digestion, and immunity. Scientists have shown that there is an enormous amount of variability in the species making up the gut microbiome of any one individual, and this variability is even greater in people with inflammatory bowel disease (e.g. Crohn’s disease).  This makes any investigation into why a microbiome is not functioning properly extremely difficult. To get around this, researchers posed the question of whether microbial composition was really the best way to seek answers.

The group carrying out this work included researchers from all over the US and included Microbiome Insights Scientific Advisory Board member Dr. Janet Jansson ofthe Pacific Northwest National Laboratory in Richland, Washington. Their approach was to focus on discrete “metabolic modules” within a gut microbiome instead of taxa or genetic relationships, the idea being that different bacteria can perform similar metabolic functions; so while two humans have a different make-up of species, their microbiomes on the whole could be functioning similarly. With this concept, the researchers wanted to tackle an open question in microbiome and inflammatory bowel disease (IBD) research—how does the observed volatility in the microbiome composition of patients with IBD influence the functions of the microbiome?

Fecal samples from individuals with Crohn’s following resection surgery and in remission were collected at 5 time points throughout a year and a dual metagenomics/metaproteomics approach applied: they used shotgun metagenomics sequencing to identify genes from the microbiome species and two-dimensional liquid chromatography tandem mass spectrometry to isolate the proteins. They found that the metaproteomes (the collections of proteins expressed by microbes in the samples) were highly personalized, meaning all the samples taken from an individual more closely resembled each other than they did any sample from another individual. There was, however, still a great deal of variability between the samples taken at different times from a single person. Next they identified “metabolic modules” of proteins known to be involved in certain pathways and functions. In doing so they observed that there were similar and redundant metabolic functions across the different phyla observed over time and between individuals. By further combing through the modules, a clear path from carbohydrate, lipid, and amino acid degradation to central metabolism and finally the production of fermentation products could be found.  According to the researchers, the modules show the interconnectedness of gut microbiome metabolism, meaning that the overall operation of the microbiome should be thought of as network focused on metabolic function.

This study was not specifically designed to compare healthy vs. unhealthy individuals, says the research team, but because this population is known to have a wide range of taxonomic variability they were chosen to investigate how variation affects function. According to researchers, “the data revealed that microbiomes of these post-surgery individuals had significant variability in taxa, genes, and proteins; however, key metabolic modules associated with central metabolism were seen in all samples, even though the phyla of origin was often different.” Furthermore, they believe this approach provides a unique way to follow metabolic reactions and enzymes, even when the species and proteins involved vary. 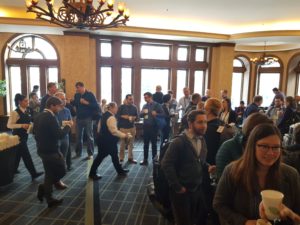