We all know food plays a critical role in health, but can anyone really answer why or how it is so important? Scientists have made numerous links between particular foods and health outcomes over the past few decades, enabling dietitians and other professionals to give guidance, with some level of certainty, toward dietary choices that will maximize their ability to live longer, fuller lives. But many of these links between diet and health remain associative, gleaned from epidemiological studies with little evidence of causation. One example is dietary fiber—while it is clear that a higher consumption of fiber is associated with a myriad of health benefits and even lower mortality, the underlying mechanisms have remained elusive.

Microbiome science is playing a role in changing this uncertainty. Population cohort studies show that, aside from medication, diet is the leading environmental factor that predicts the composition of the gut microbiome from person to person. Meanwhile, experimental studies are showing the gut microbiome influences various aspects of human immune and metabolic health. Thus, many see the potential for diet to become a powerful means of manipulating the human gut microbiome for better health.

Under this framework, a number of companies are already focusing on the development of foods that better support the microbiome and health at different points in the lifespan, from infancy to older adulthood. Microbiota-modulating ingredients may be deliberately included in foods or concentrated into supplements—and then, of course, tested for their measurable effects on the health of the host. 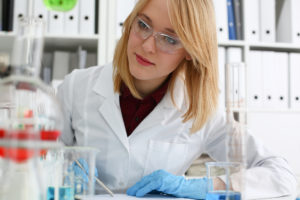 Below are some examples of microbiome-enabled innovations that may be around the corner for nutrition, both for healthy populations and for those with disease:

Alzheimer’s disease places a significant burden on both health services and patients’ family members, and prevalence is estimated to increase dramatically in the coming decades. Could nutritional interventions play a part in preventing this condition? Jared D. Hoffman of the University of Kentucky (USA) is studying a microbiota-modulating prebiotic intervention as a possible way to prevent Alzheimer’s disease in those who carry the APOE4 gene; in a mouse model, he found that increased intake of inulin led to gut microbiota alterations (e.g. more Bacillus subtilis), increased scyllo-inositol (which moves through the blood-brain barrier into the brain), and decreased amyloid beta in the brain.

Supplements to change the microbiome for healthy aging

While extremely healthy older individuals show gut microbiota compositions that resemble much younger individuals, it’s not clear whether the gut microbiota itself confers youthfulness or good health. However, interventions targeting the gut microbiota may show promise. One company recently carried out a placebo-controlled clinical trial of its resistant starch product in older adults, testing both gut microbiome changes and the resultant health effect; they found increases in bifidobacteria, which accompanied significant differences in blood glucose, insulin levels, and insulin resistance.

Anecdotally, many people with inflammatory bowel disease (IBD) report an influence of diet on their symptoms; yet dietary research in IBD has been inconclusive, and diet is currently not a part of the standard therapeutic regimen for IBD. The exception is with exclusive enteral nutrition (EEN) for certain cases of Crohn’s disease—this diet appears effective at inducing remission. Gut microbiota is under investigation as the mechanism behind this effect, with recent research suggesting the gut microbiota of the patient at baseline may predict the success of EEN. In future, the idea of using microbiome composition to predict responders may be extended to other food items or dietary patterns in IBD, expanding the therapeutic toolbox for both Crohn’s disease and ulcerative colitis.

Akkermansia muciniphila is a member of the human gut microbiota that may have particular importance in metabolic health; it stimulates butyrate production and prevents the development of obesity in animal models, and is currently being tested in a human clinical trial. Many regulatory hurdles, however, will need to be cleared before bringing these “bugs as drugs” to market. In the meantime, research may help uncover specific nutritional interventions that can increase Akkermansia in the gut environment for potential effects on metabolic disease and obesity.

These are just some examples of experiments in food science that have shown manipulation of health by way of the gut microbiome. As such, leaders in the food industry are beginning to use microbiome science to develop products that better support health, but not all companies have the internal expertise to tackle the challenge. Microbiome Insights addresses this gap in expertise by working closely with clients to plan and execute all aspects of nutrition-related microbiome studies. Our team is collaborating with several industry clients to help advance new food products and supplements that enhance health through the microbiome—confident that microbiome science will help guide us toward knowledge of who should eat what, and when, for better health.